For your 50th wedding anniversary it’s time to roll out the red carpet, or should that be a carpet coloured gold? Which ever you decide there’s no doubt that a gift for her should play a big part in the occasion. You’ve been buying her gifts for various special events for half a century now, and you might be all out of ideas. Don’t worry too much though because our plan is to share some wonderful ideas that will surely melt her heart.

A fiftieth wedding anniversary is one of the most significant milestones in your life together as man and wife. Therefore, your gift should be equally symbolic, and it should really be something she’s never received before. Being together for such a long time is an achievement many couples can only dream of. So a 50th wedding anniversary gift for your wife should express how you feel about her and say thank you for her tireless love and attention. What can you give her that will be a fitting display of your continued commitment? Perhaps some of the following gift ideas are the perfect answer.

Grant her the gift of your time

Has your wife of many years often come second in the list of priorities? Perhaps she’d really appreciate being at the top for a while. For your fiftieth wedding anniversary give her your undivided attention, and promise to spend some precious time with her. Yes we know that you’ve spent time with her everyday for the last 50 years but has she had your full attention? Have you always listened to her and paid attention to her needs? Or have you always had one eye on something else such as the latest soccer match on TV, or an email from work? Be there for her in the truest sense of the word, and catch up on all those things you’ve missed. This is possibly one of the most precious gifts you can give her. And it won’t got a dime, so you’ll have plenty of cash to choose a more tangible wedding anniversary gift. 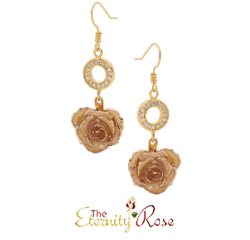 Present her with some cherished memories

You’ve got 50 years of memories but they may be spread all over rather than in one place. Ten decades of photographs, videos of special celebrations, messages from friends and family can be gathered together and presented to your wife in an anniversary collection. It’ll be something that she can keep close at hand and flick back through when she feels like being sentimental.

Give her a traditional gift of gold

A fiftieth wedding anniversary is also known as the golden one so you could choose to be traditional and give her a gift made of gold. Centuries ago, a husband would give his wife a garland but when will she ever get a chance to wear one if you decide on this as her anniversary gift? Far better to give her a gold necklace, bracelet, earrings or an gold anniversary ring. Giving your wife an eternity ring for significant anniversaries has become very popular. They are seen as a token of everlasting love, and you’ve already shown your commitment to each other for half a century. Some would consider this an eternity already. The good thing with an eternity ring is that it can be chosen to compliment a plain wedding band, with intricate detail and the addition of precious stones. However, if you’d rather give her a gift other than jewellery there’s still plenty to choose from.

How about a gift from Eternity Rose. One option is a gold dipped rose bloom, with the addition of a meaningful engraving.

Fulfill her dreams for your 50th wedding anniversary

Does your wife have an unfulfilled dream? Has she always longed to visit some exotic location? Has she always wondered what it would be like to view the world from a hot air balloon? How many times has she said that she misses seeing the grandkids who live on the other side of the world? Time to make her dream come true and give her an anniversary gift to remember.

A token gift for each year that’s passed

A great idea for 50th wedding anniversary gifts for your wife is to give her a gift for every year that you’ve been married. They don’t have to be extravagant gifts as small tokens of your affection will work equally well, if not better. And as the plan is to give her 50 gifts, it might be less stressful on your wallet if the gifts are small and relatively inexpensive. Start off early in the morning with your first gift, maybe on a breakfast tray, ready for her to wake up, and finish your anniversary day with the best gift of all.

This will be a very romantic 50th anniversary gift. You just need to find a destination you know she’d love to visit. It could be a Canadian city she’s longed to explore, a trip into the mountains where she can feel at one with nature, or a trip to some far distant shore. Maybe include the chance to catch up with some of your long-distance relatives.

This is an anniversary gift for her you can plan with a few other people. Depending on your wife’s preferences you could plan something low-key such as a family meal or something more extravagant with a long list of guests. Ask for some help with the organisation, arranging a location, entertainment, food and decoration so you get to enjoy the occasion as much as her.

Your beautiful wife has stood by your side now and supported you through thick and thin for 50 years. Time to show some appreciation for all the sacrifices she’s made and to let her know you’re looking forward to more years together. We’ll be looking at many more ideas as we add to our site, so if you’ve not yet found the perfect gift for her stay tuned for more anniversary gift suggestions. 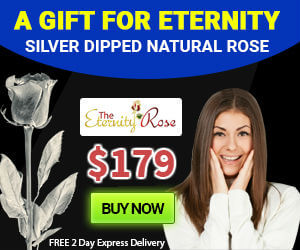 A Gift For Him